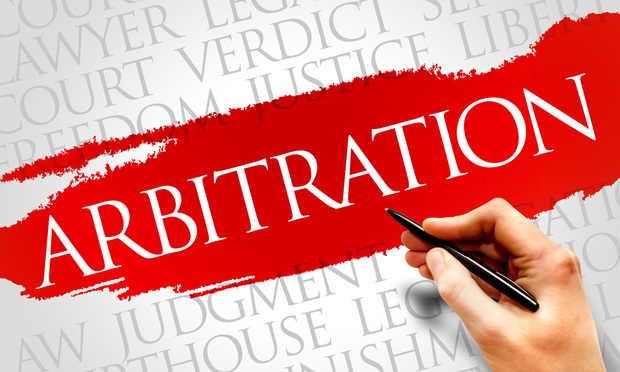 Arbitration is a common form of dispute resolution for resolving commercial insurance disputes, particularly on policies underwritten in the London and Bermuda markets. There are many perceived advantages of arbitration, over court litigation, but one of the key advantages is the ability to resolve disputes in private: London and Bermuda arbitrations are deemed to be confidential as a matter of law.

But a byproduct of confidentiality, and the private nature of the process, is that the arbitral tribunal is unable to employ certain case management procedures available to judges presiding over court proceedings to coordinate separate but related disputes, such as alternative claims by a policyholder against its insurer (for coverage) and its broker (for malpractice), contribution claims between insurers, or claims by a policyholder against multiple insurers participating in the same insurance program.

Parties to separate but related arbitration proceedings may attempt to achieve some measure of coordination by appointing the same arbitrators in the separate disputes. Further, if all parties agree, it may be possible to consolidate arbitrations or have them proceed in a coordinated fashion.

In the recent English Commercial Court case of Guidant LLC v Swiss Re International SE & Anor [2016] EWHC 1201 ("Guidant"), the insured sought coordination by appointing the same third arbitrator (or chairman) in each of three arbitrations related to three separate policies: one against Insurer A and two against Insurer B. Although the policies were separate, each were written on the Bermuda Form in identical terms and involved the same underlying loss. Each party had the right under the policies to appoint its own arbitrator to the three-member panel, with the Court to decide the third arbitrator/chairman in the event agreement could not be reached on that issue. The insured agreed on a third arbitrator with Insurer A, and sought an order under the UK Arbitration Act 1996 that the same arbitrator be appointed as the third arbitrator in its two proceedings against Insurer B. It argued that doing so would reduce inconsistency and costs.

The Court agreed that Insurer B had a legitimate concern that the arbitrator could form views in the arbitration with Insurer A, over which Insurer B had no control, and which could potentially affect its position. The Court accordingly declined to appoint the insured’s preferred candidate and appointed an alternative.

Insurer B went further, seeking an order that different third arbitrators should also be used in both its proceedings, notwithstanding they involved the same parties and identical policies and loss. In support of this position, Insurer B argued that it was entitled to have each arbitration decided on its own merits and without disclosure of information from one to the next.

On this point the Court sided with the insured: although there was merit in having different arbitrators for the two proceedings involving different insurers (A and B), the same considerations did not apply with respect to the two arbitrations involving Insurer B alone. It could not be said that the parties’ interests of confidentiality and privacy would be affected because the parties and their legal representation were the same and would have full knowledge of what occurred in each arbitration.

Daftar Bola88 illustrates how a court may attempt to balance the often competing interests of coordination and confidentiality. On one hand, the court will strive to achieve coordination, consistency and cost reduction between similar arbitral proceedings where possible. On the other hand, parties to arbitral proceedings are, to a significant extent, in control of process and procedure and a court will avoid interfering where possible.

It is also worth noting that the Court in Guidant acknowledged in passing that it had no power to order the consolidation of related arbitration proceedings, even if it had considered that desirable.